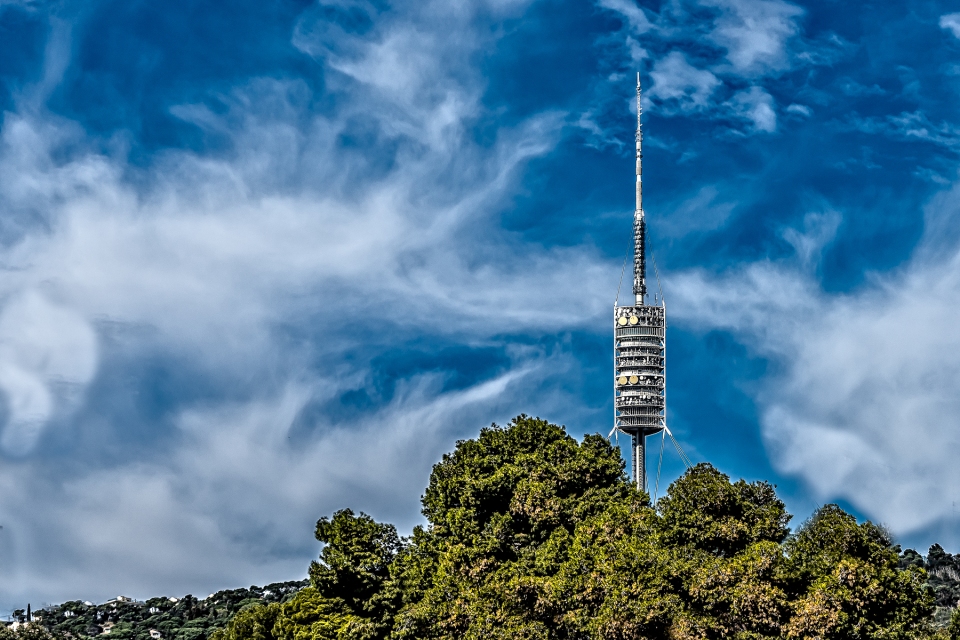 Torre de Collserola is a uniquely designed tower located on the Tibidabo hill in the Serra de Collserola, in Barcelona, Catalonia, Spain. It was designed by the architect Sir Norman Foster and by the Spanish civil engineers Julio Martínez Calzón and Manuel Julià Vilardell. This emblematic tower was built in 1991 for the 1992 Summer Olympics. It features a pod for floor space like many towers but uses guy wires for lateral support like a mast. Mainly used as a TV and radio transmitter, this futuristic design provides the highest viewpoint over the city. The top antenna reaches 288.4 m (946 ft) and the top of the pod, which has thirteen floors, reaches 152 m (499 ft). The highest point of this tower is actually the highest place you could be in the city of Barcelona.

The lower guys are composed three series of 180 parallel strand cables (15 mm diameter) made from pre-tensioned high-strength steel with a polyethylene covering, each;

The upper guys are made of three series of 7 aramid fibre cables in parallel (56 mm diameter), each terminated with a resin socket.[1] The three upper cables have a combined breaking strength of 4,200 tons.